When you see Juliette, tell her I said bonjour and will stop by and pay my respects the next time I'm in town. You have to look hard for Juliette at the cemetery in Montmartre -- ever modest even when she was the toast of Paris she's now quite elusive. You'll find her in Division 30. 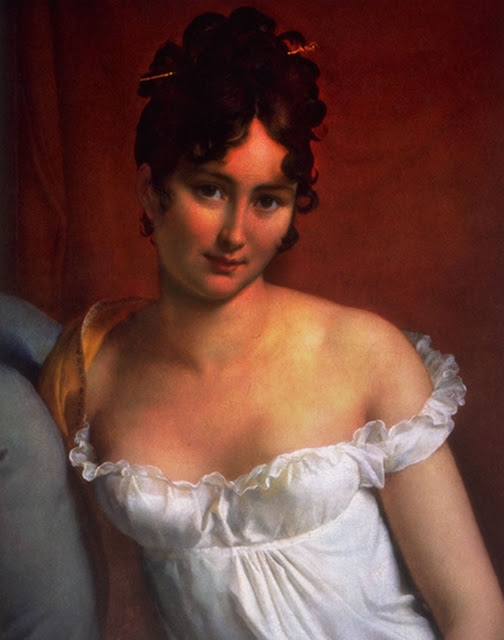 Posted by Steve Soper at 6:00 AM No comments:

I received an email the other day from someone asking about Jean Racine the playwright and whether he is the same Jean Racine buried in Pere-Lachaise Cemetery. It's a reasonable assomption; the Racine mausoleum in division 27 at Pere-Lachaise is dramatic in style and sumptuous in appearance. 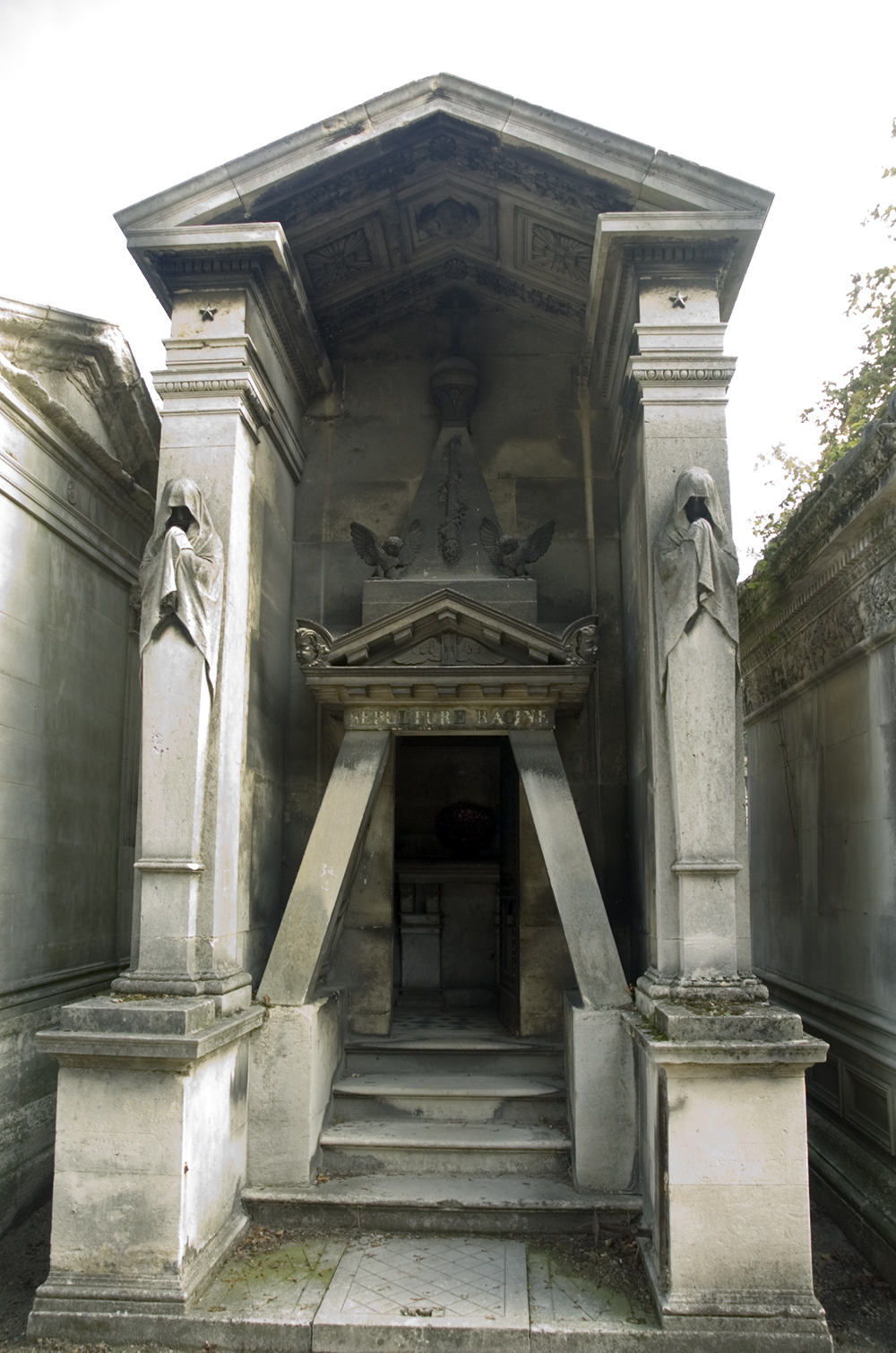 Moreover, one should be forgiven for thinking of of France's great literary figures would be interred in one of the world's most famous burial grounds. After all, Racine's near-contemporaries Moliere and La Fontaine are buried in division 25.

But the simple fact is that the remains of great French playwright are in the church Saint-Etienne-du-Mont, a few meters from another great French cultural icon, Blaise Pascal. 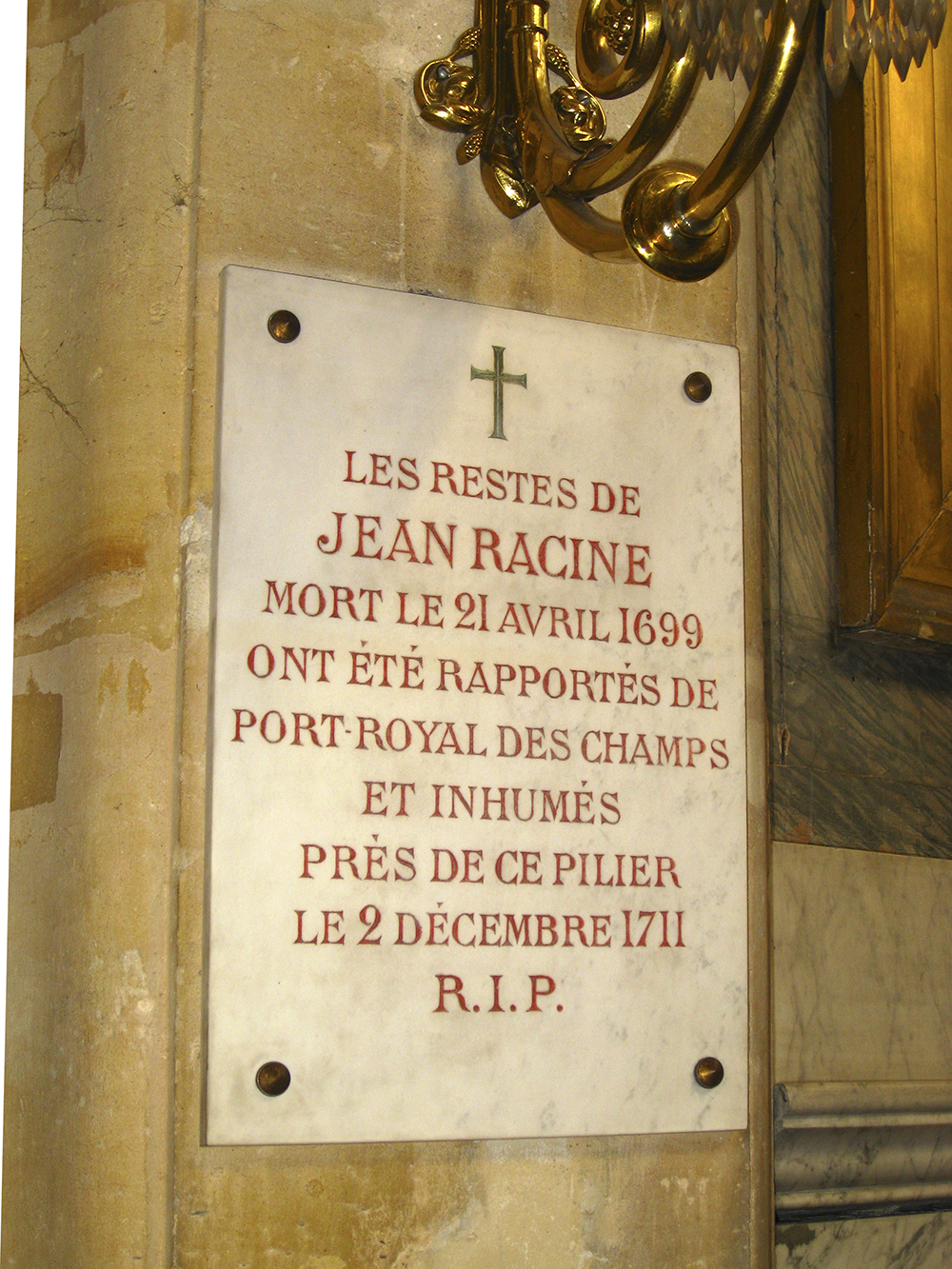 So, next time you're in Paris and find yourself near the Pantheon go around to the rear and across the street and pay your respects. Oh, and you can also say bonjour to Sainte-Genevieve, the patron saint of Paris who, so it is claimed, single-handedly stopped Atilla the Hun from sacking the city in 451 AD.
Posted by Steve Soper at 9:11 AM No comments:

Division 30 Pere-Lachaise Avenue of the Acacias 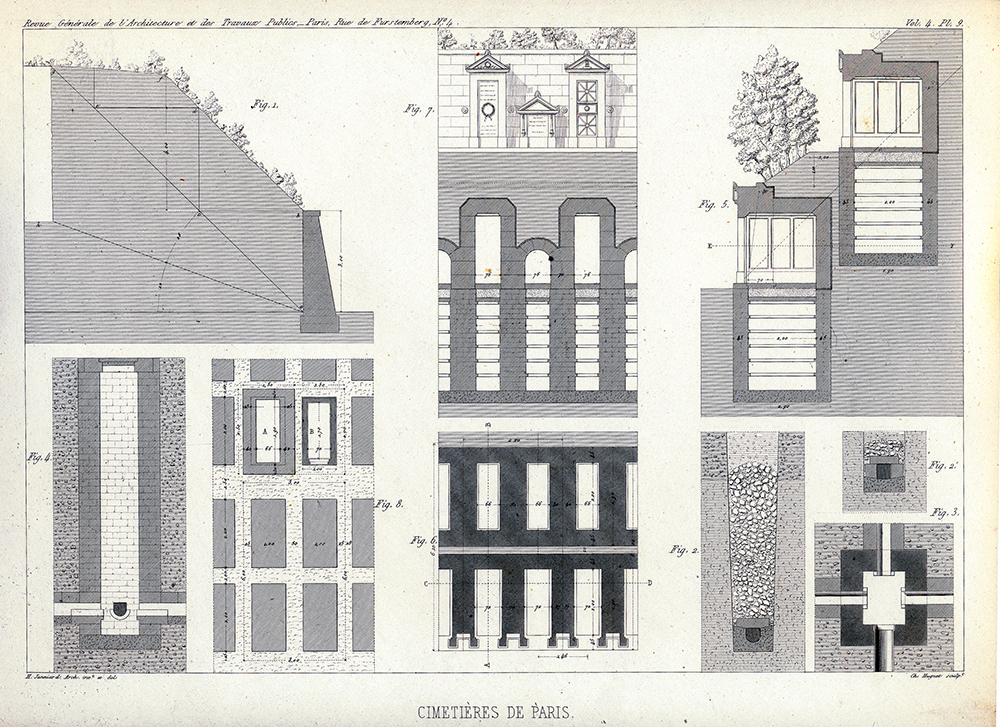 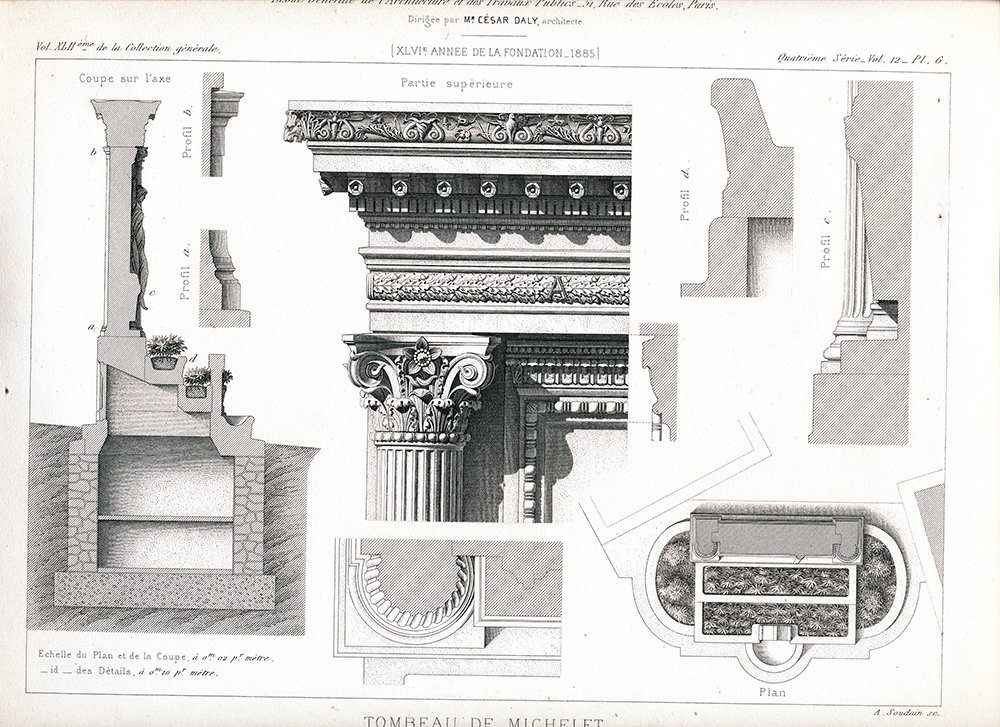