One of the pioneers of the romantic school of painting in France, Theodore Gericault is perhaps most well-known for his profoundly moving "Raft of the Medusa" (see relief below). Based on one of the most disastrous shipwrecks in the 19th century, the creation of the canvas is a tale all its own and one well-told by Jonathan Smiles in his masterful The Wreck of the Medusa (2007, Atlantic Monthly Press).

Sculpture of Gericault reclining with brush in one hand and his palette in another, was created by Antoine Etex (1808-1888), who is buried in division 8 Montparnasse. 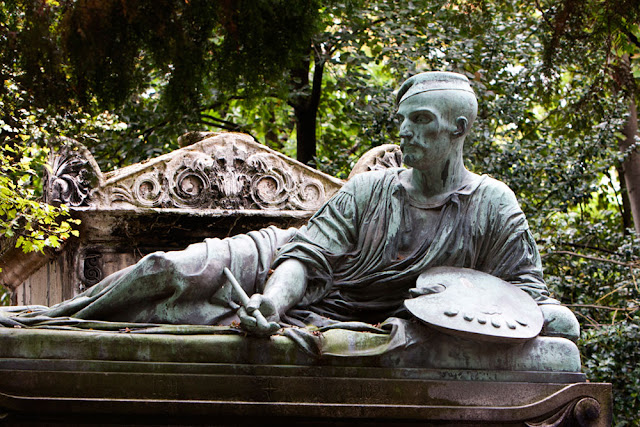 The statue is surrounded by three bronze bas-reliefs, representing his most well-known work:

"Raft of the Medusa": 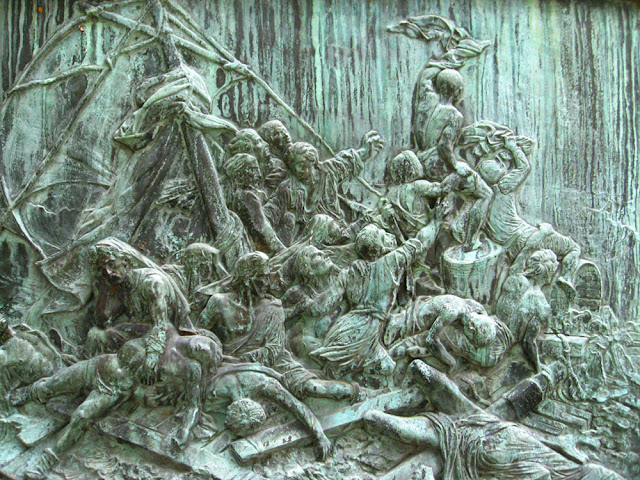 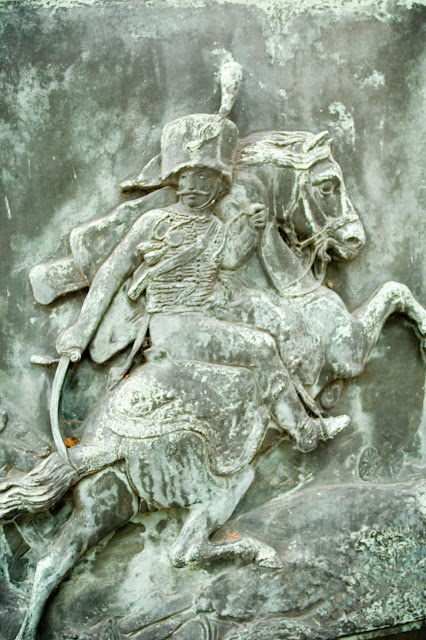