OK, up front there are way more than just two puzzles to be found in those 107 hilltop acres on the east side of Paris. As some of you know, I've been working on identifying and locating all the artwork in Père-lachaise and right now I'm trying to identify two very specific and rather dramatic reliefs.

The first one is in D6, along the same line as the bust of Lapommeraye, and not far off of Chemin Lebrun. It's a unique stone with very same relief on both sides of the monument but aside from the word ordre there is no identifying inscription (as you can see one side is much eroded).

The second relief sits in D39 just along Avenue des Acacias where it becomes Avenue Transversale No. 1, close to the Turpin mausoleum and just up from Chemin Suchet. 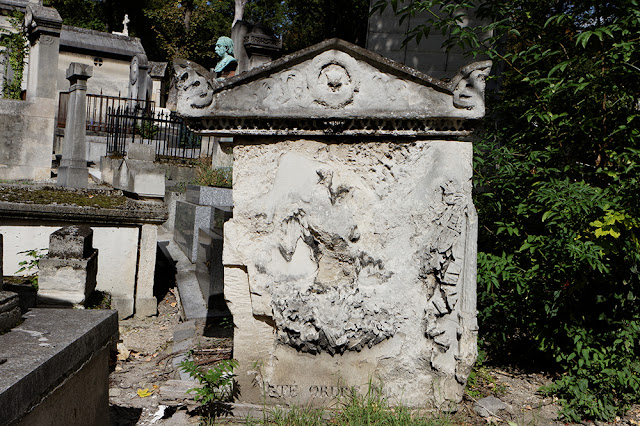 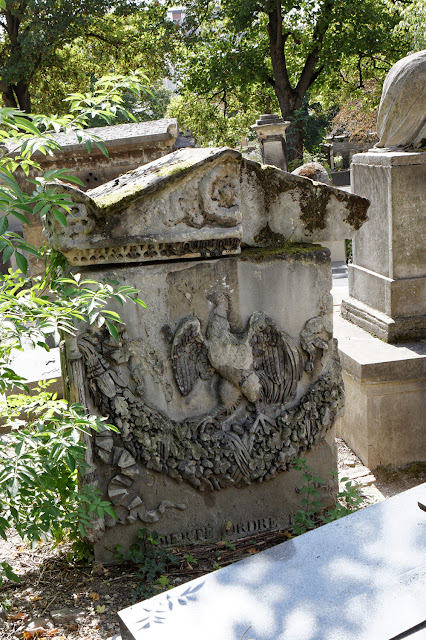 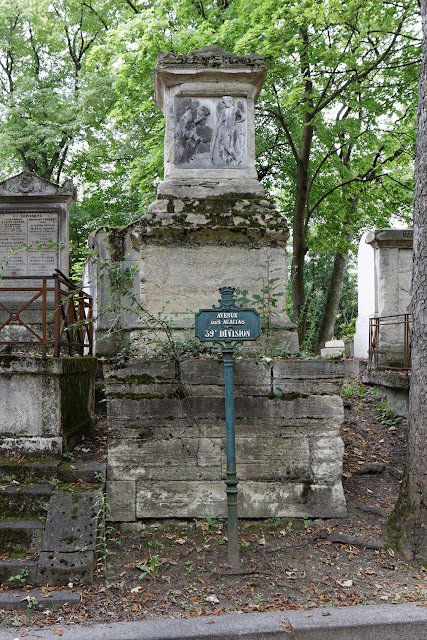 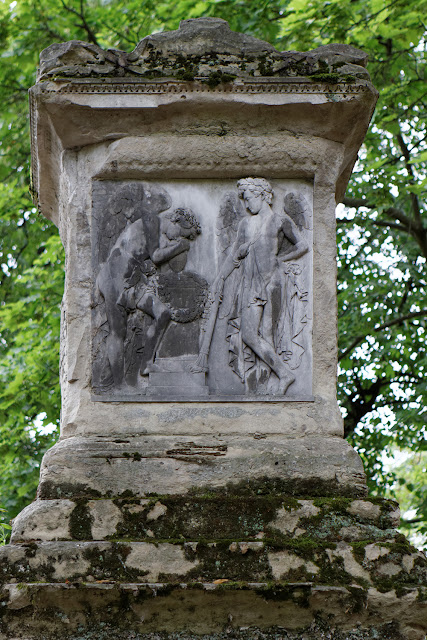