During the final days of the Paris Commune, before the terrible denouement of Bloody Week ending with the massacre of 147 communards at the eastern edge of Père-Lachaise, the cemetery was used by rebel troops as bivouacs.

Here we see a print from 1872 depicting a number of soldiers (probably communards) using tombs as tables for dinner while lounging around drinking waiting for something to happen. The soldier in the background is standing at the entrance to Felix Beaujour's large obelisk in division 48. 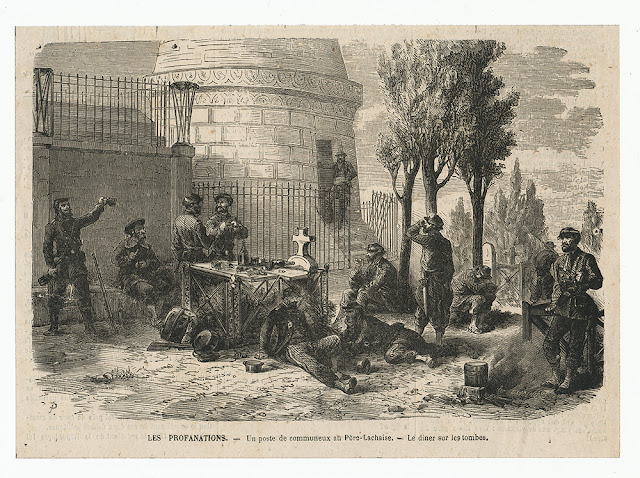