Highate Cemetery in London - the west side

Located in Highgate, in the borough of Camden in greater London, Highgate Cemetery, consists of two distinct parts: the west side, which is the oldest and requires a guided tour to visit, and the east side, which is open to the general public (for a fee, covered in the price of the tour ticket to the west side).

Although burials are still permitted in both parts of the cemetery, most of the recent interments have been in the east -- certainly some of the more interesting memorials and sculptures are on the east side. Still, the west side is a must-see for the cemetery afficionado, as you'll see below. You'll also notice how terribly overgrown this part of the cemetery as well as the large number of dilapidated and ruined memorials; also the ground is very uneven and unstable in many places, which accounts for the concern over people wandering around by themselves. 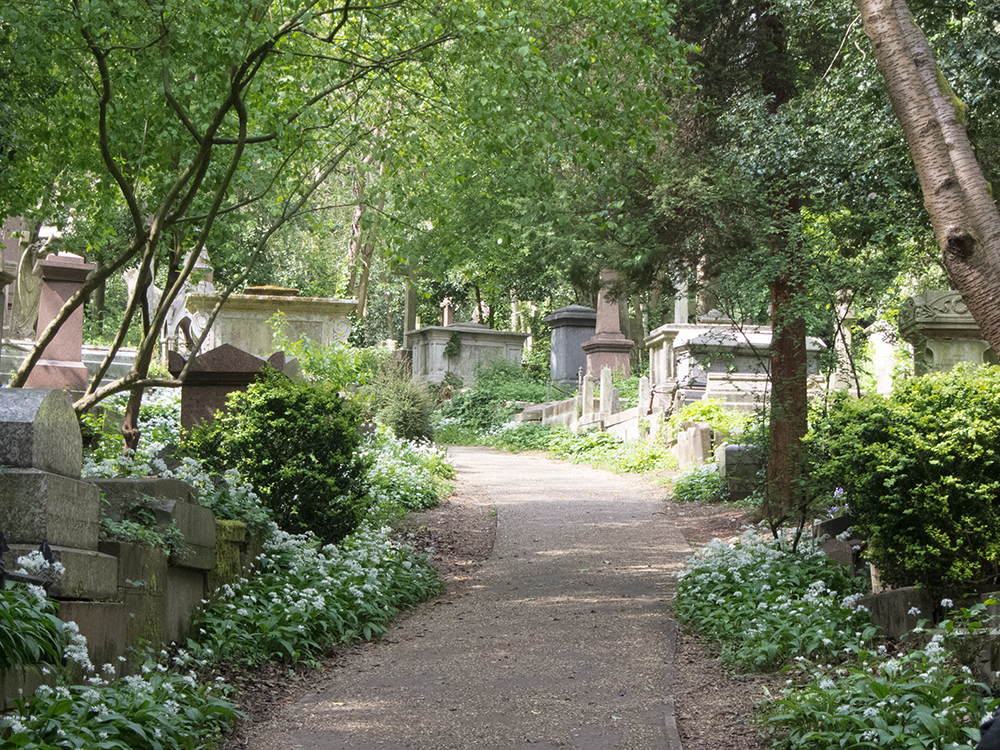 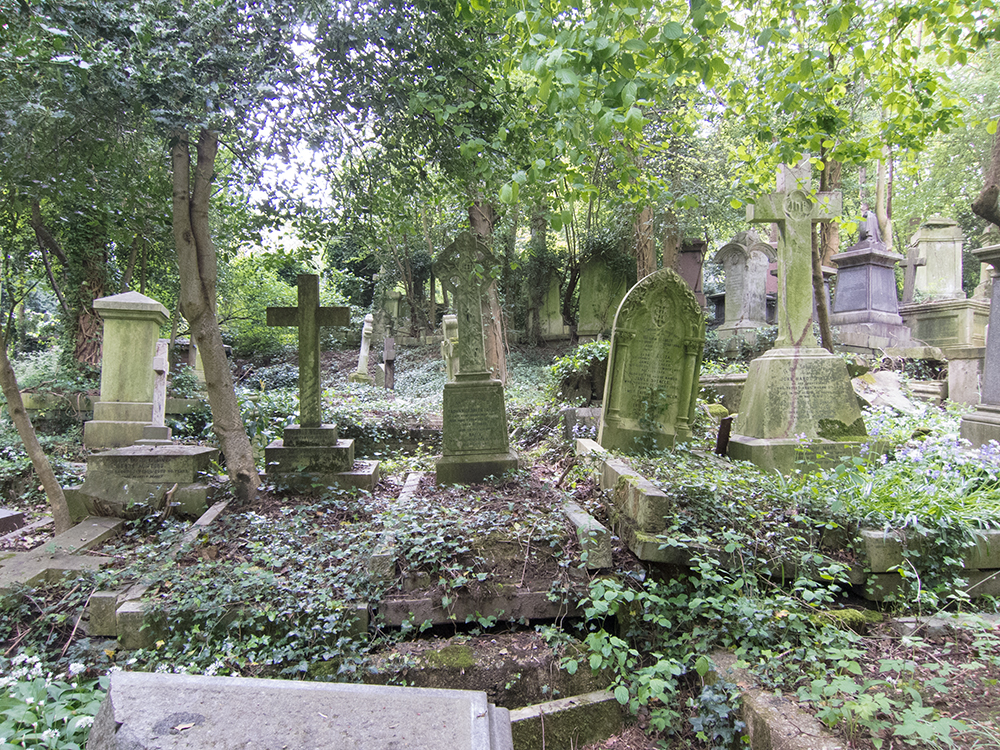 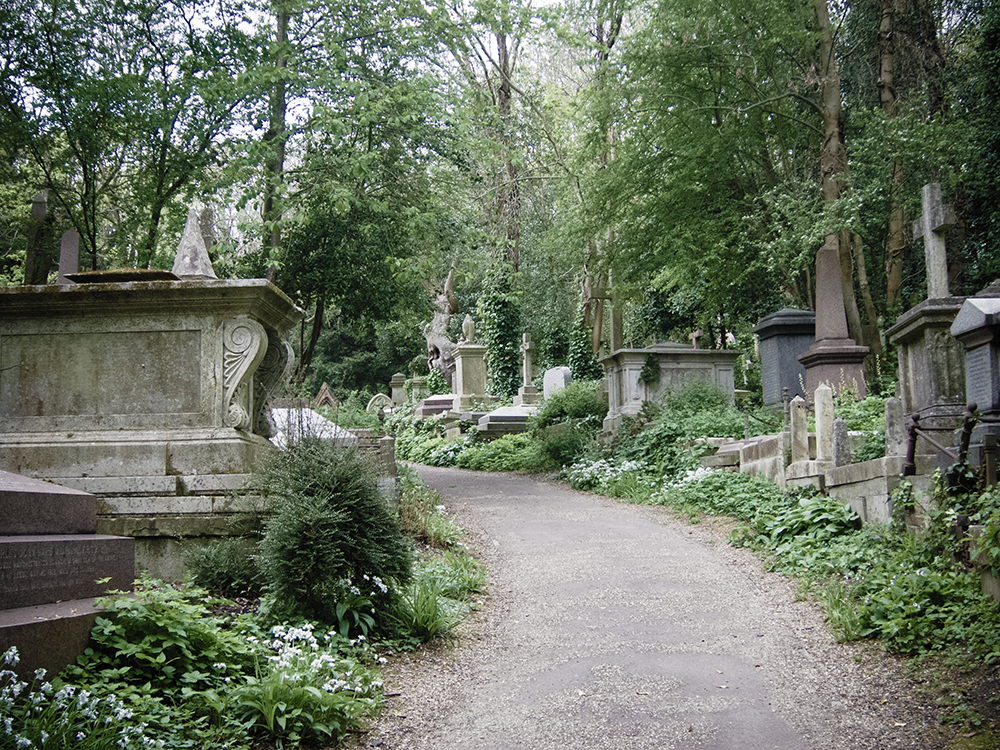 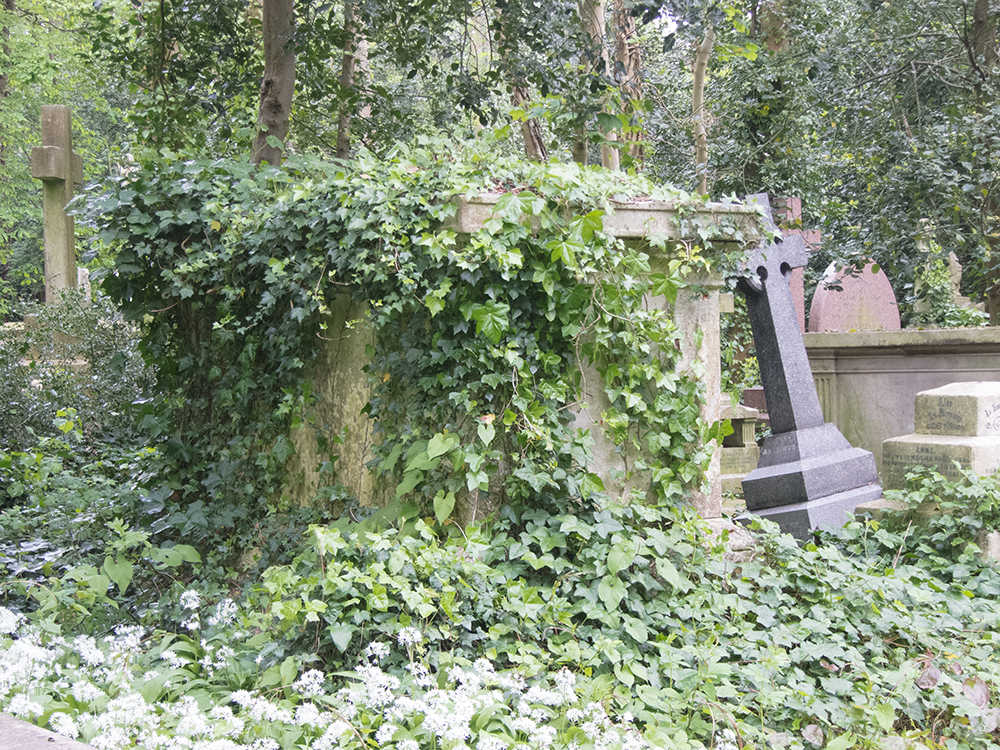 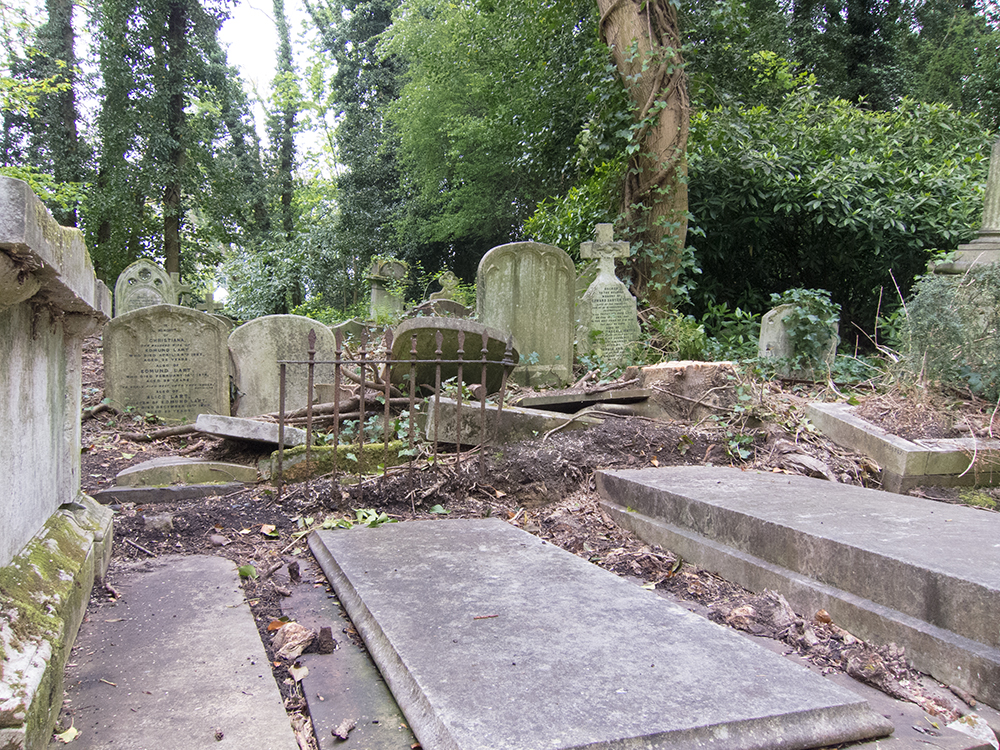 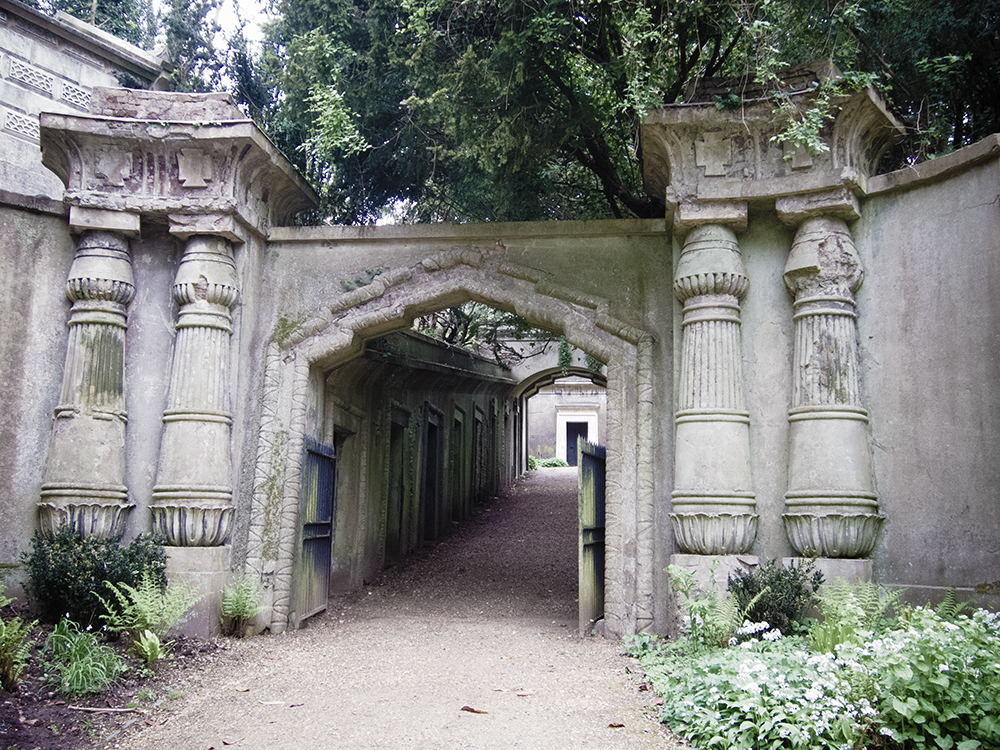 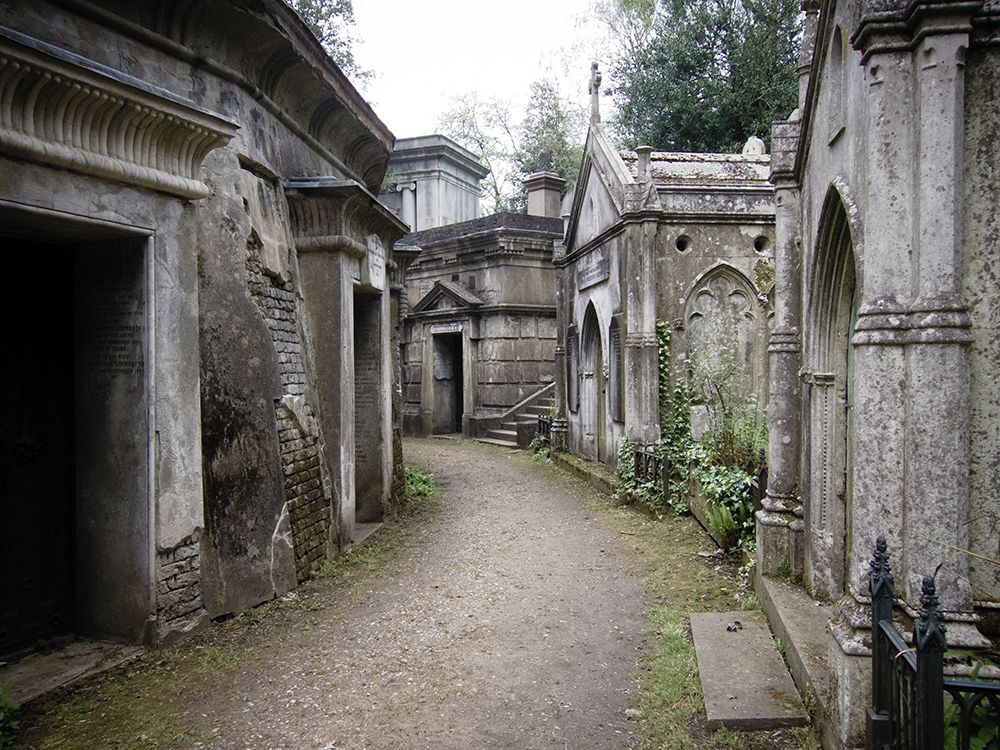 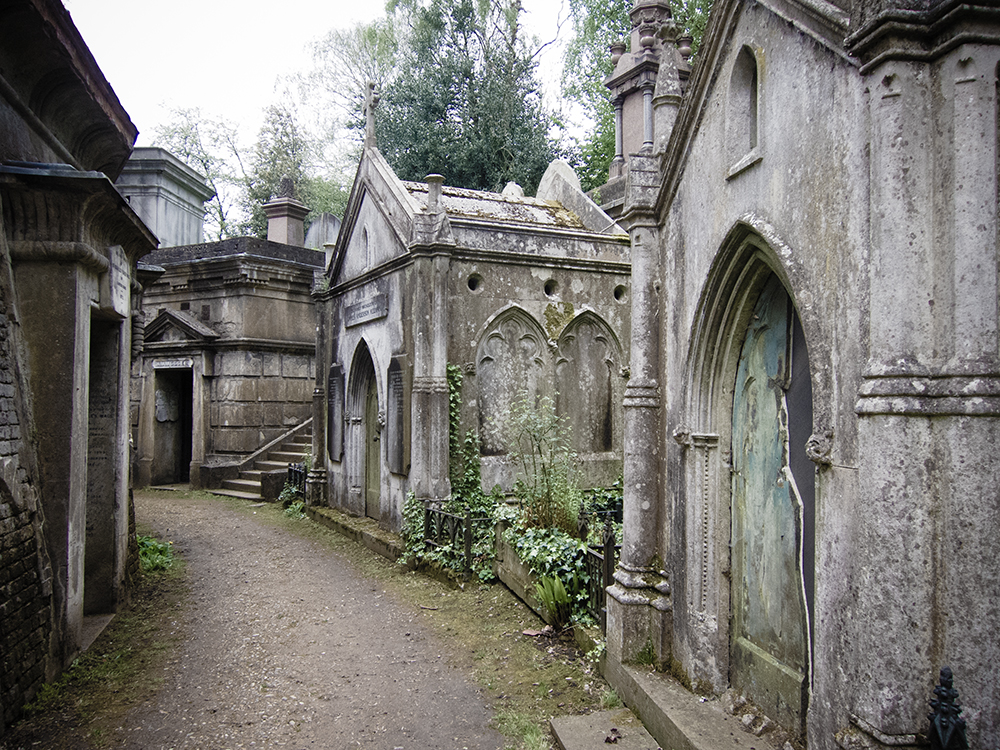 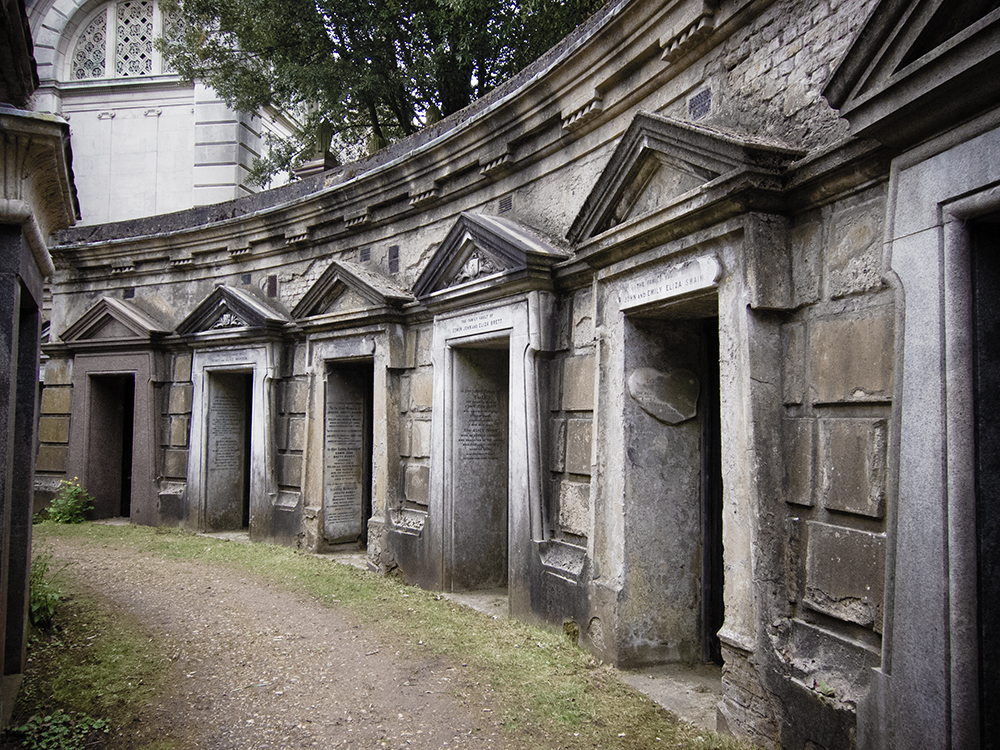 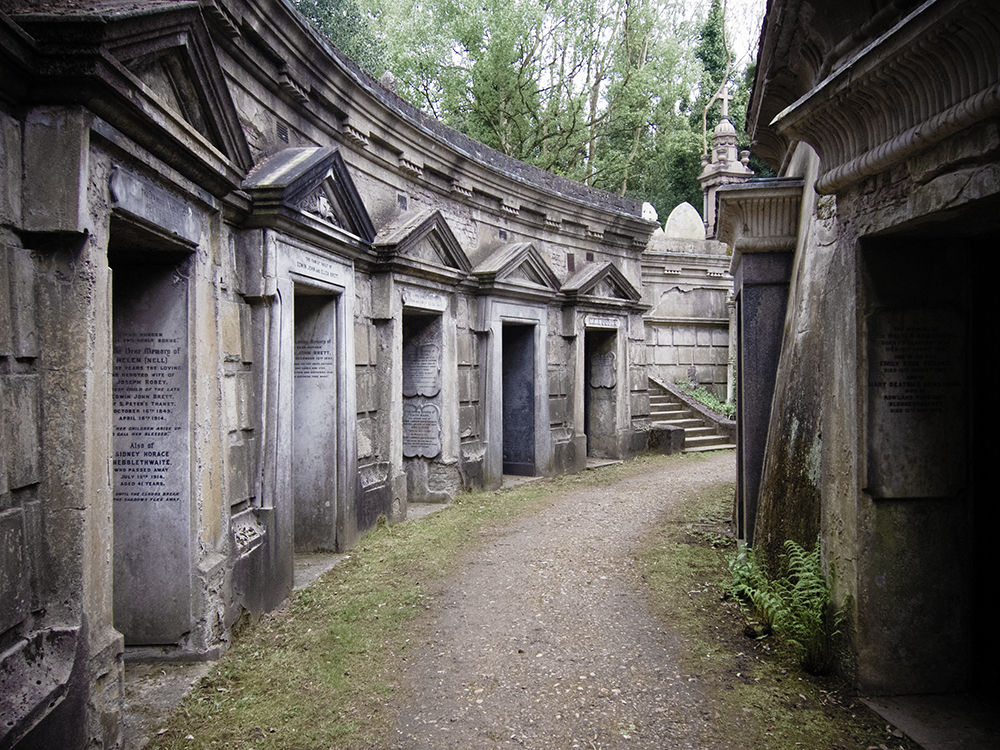 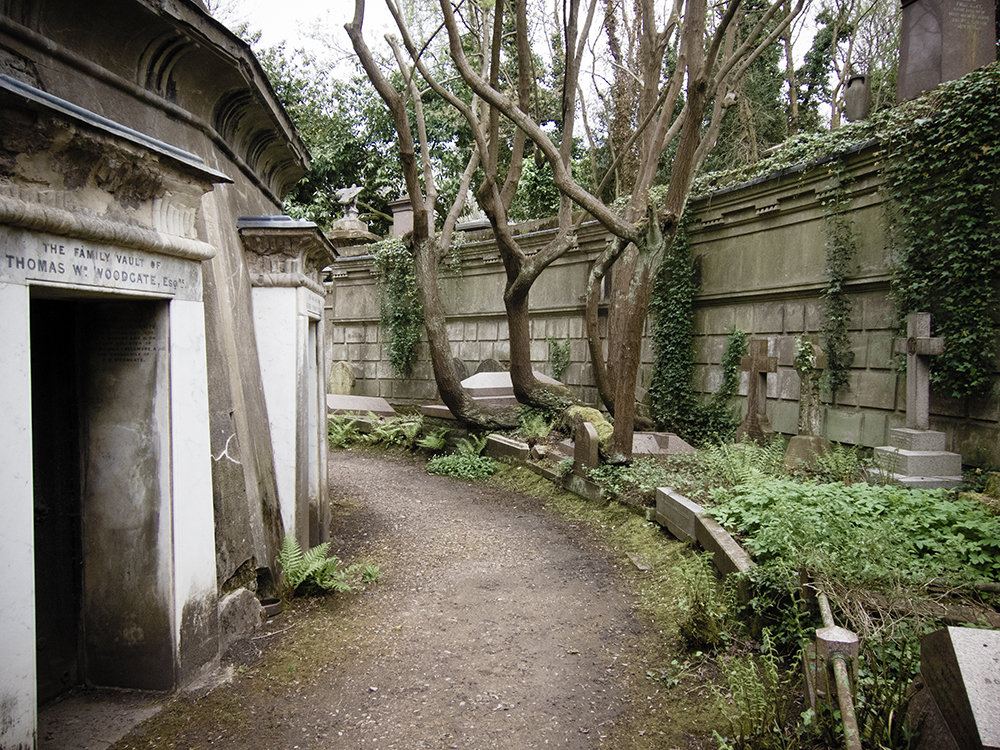 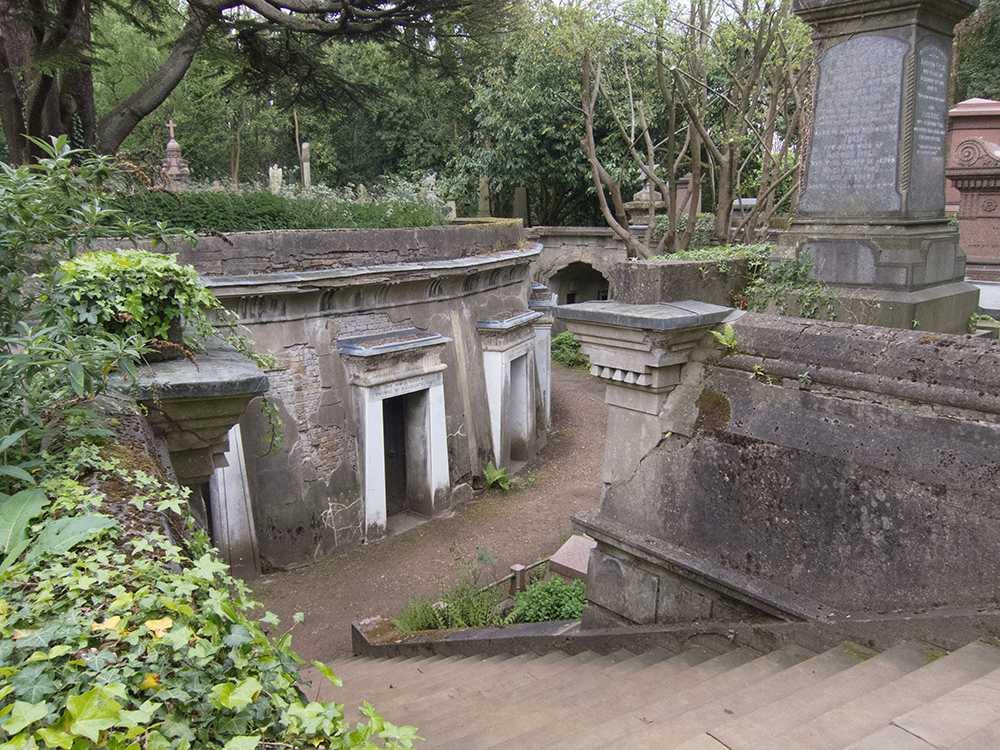 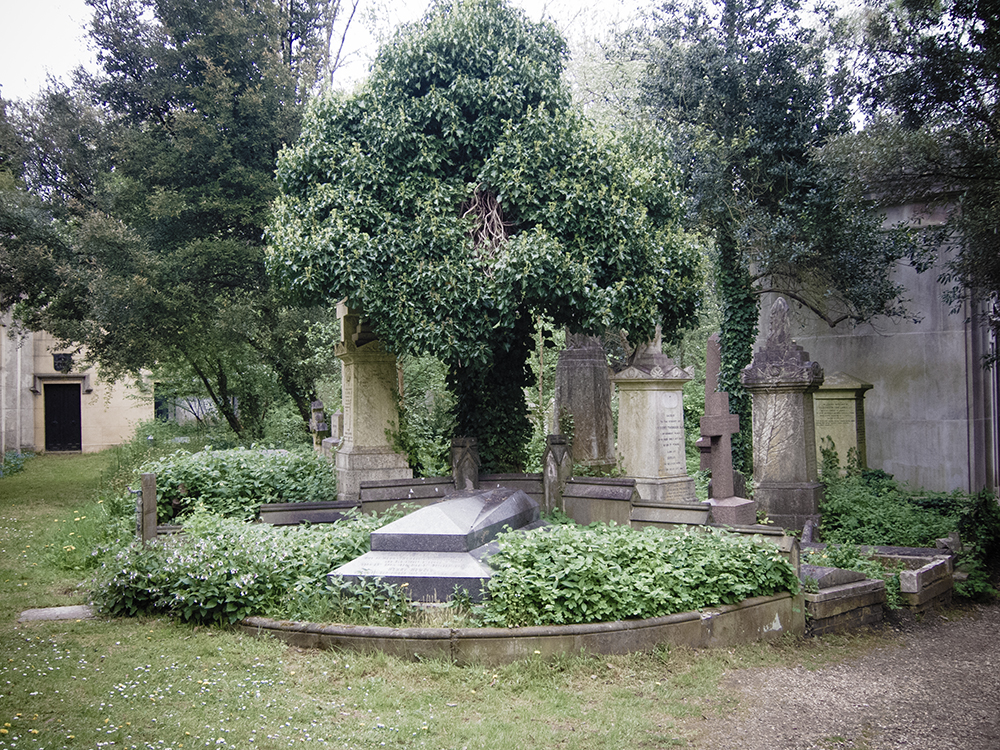 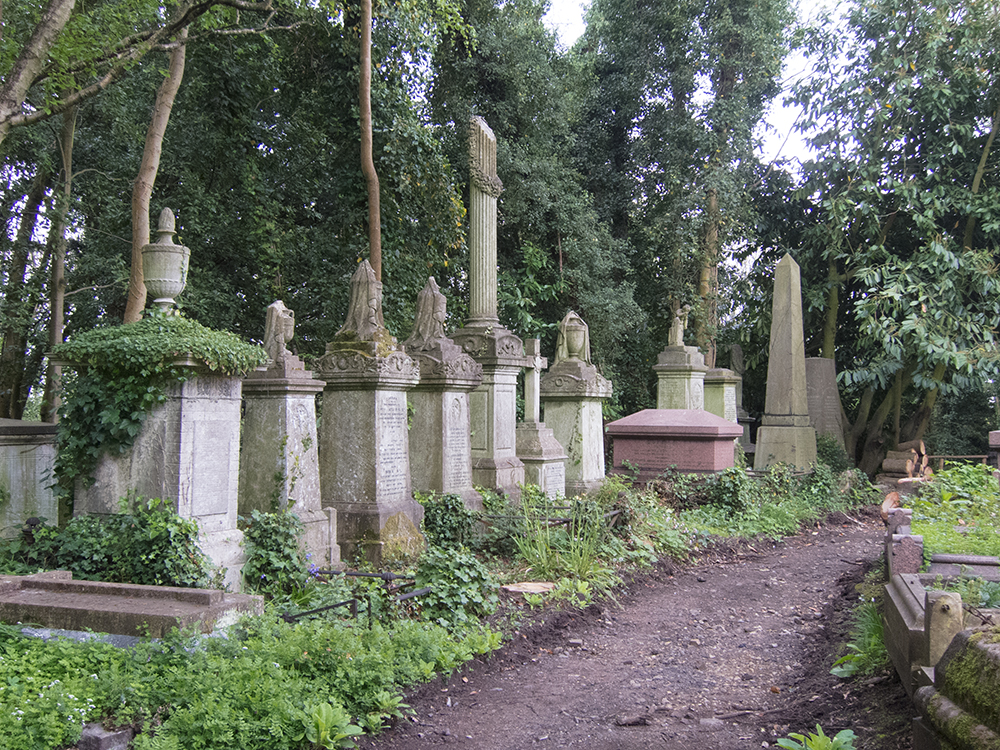 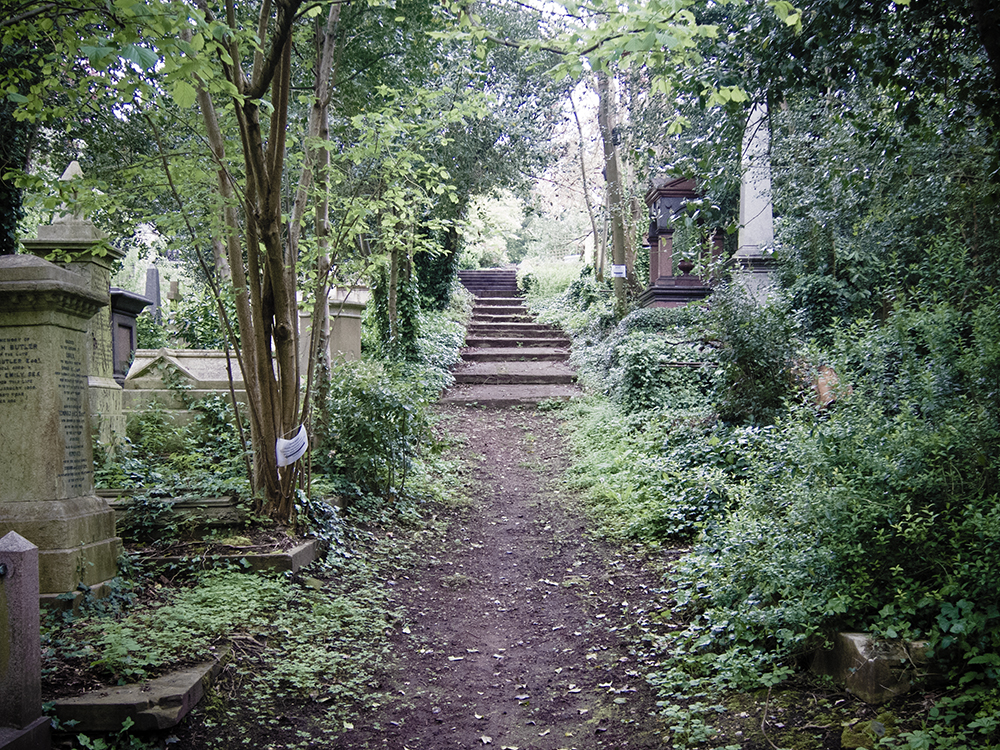 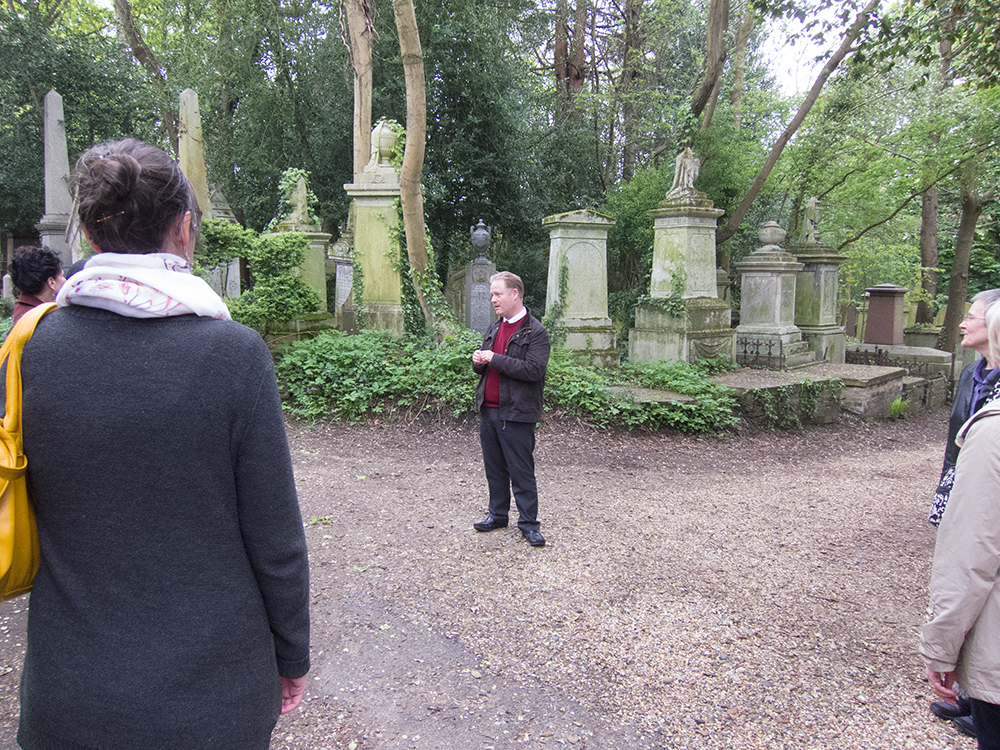 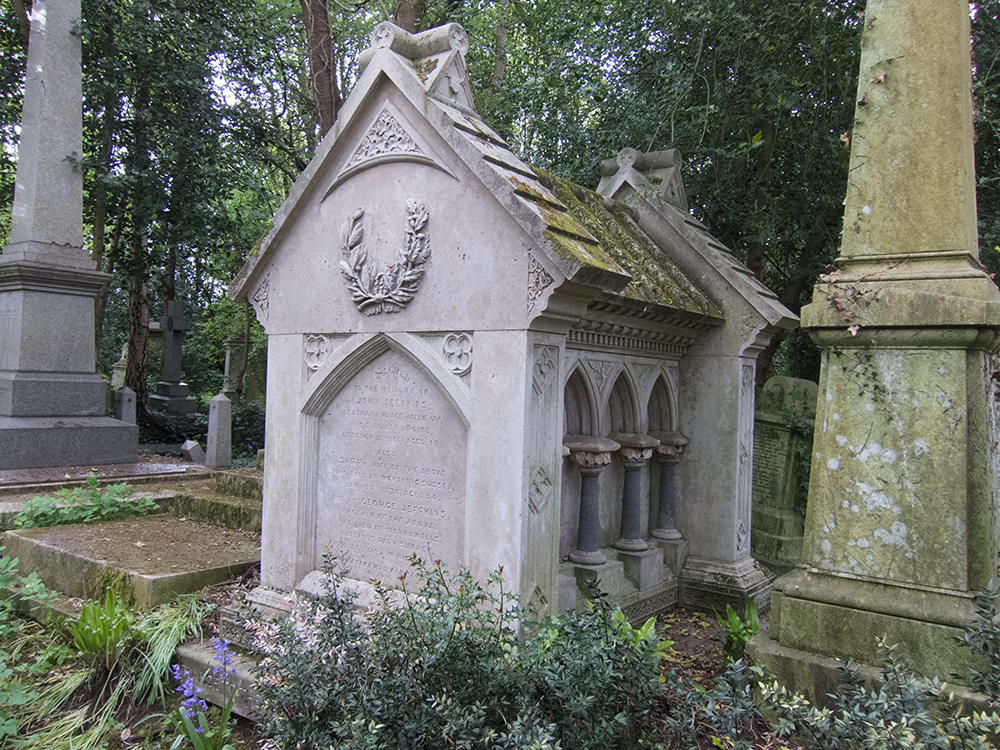 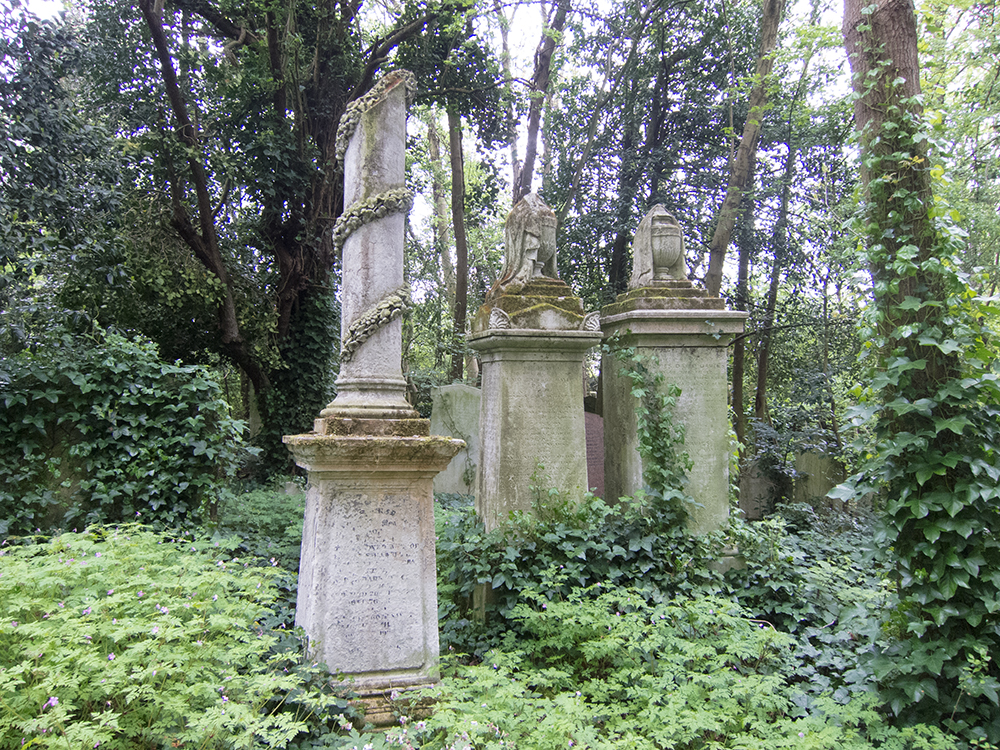 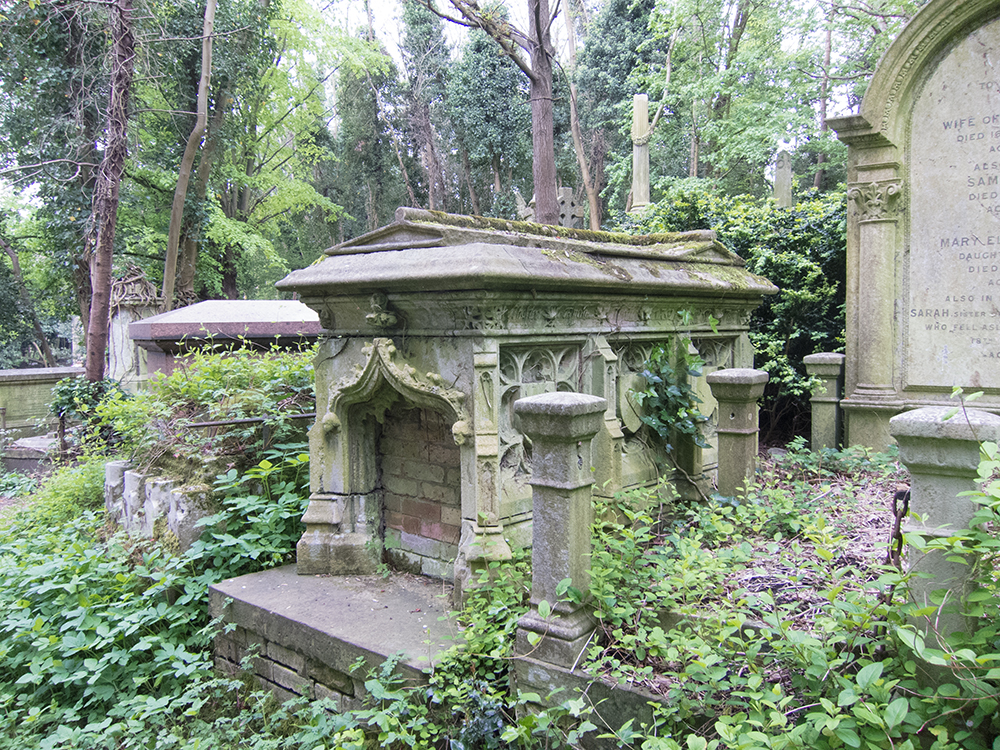 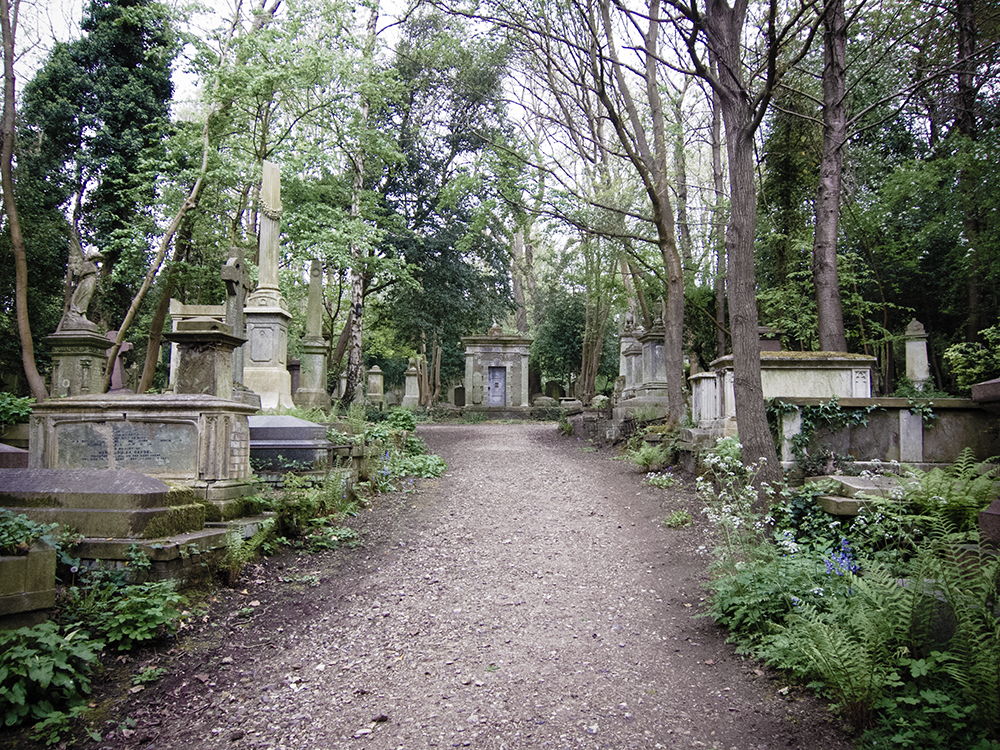 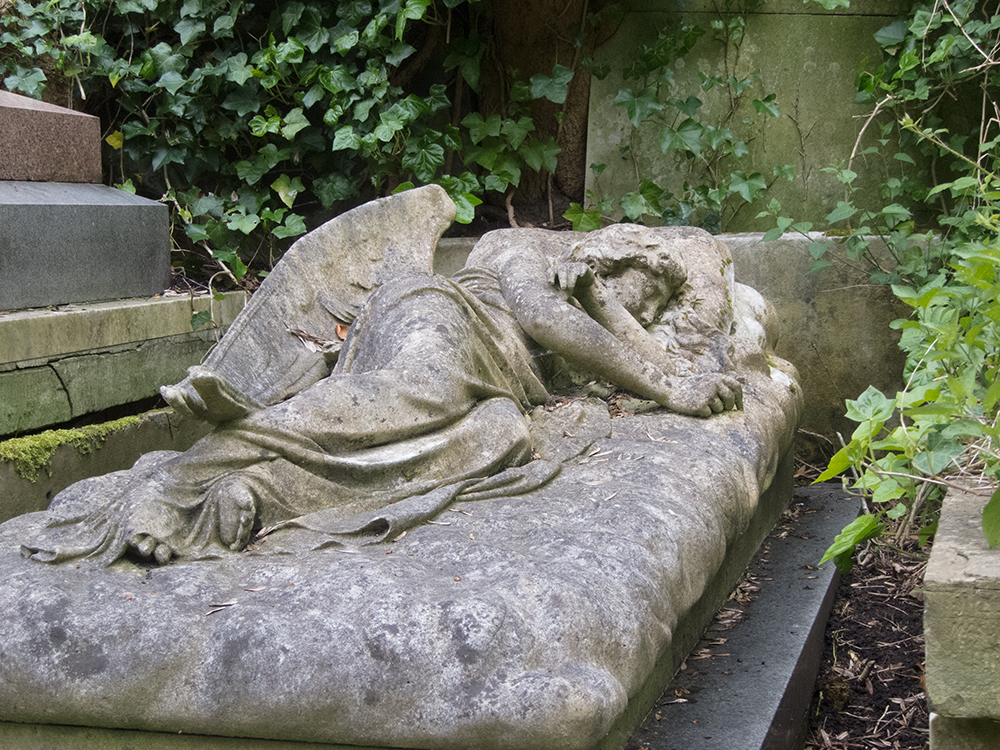 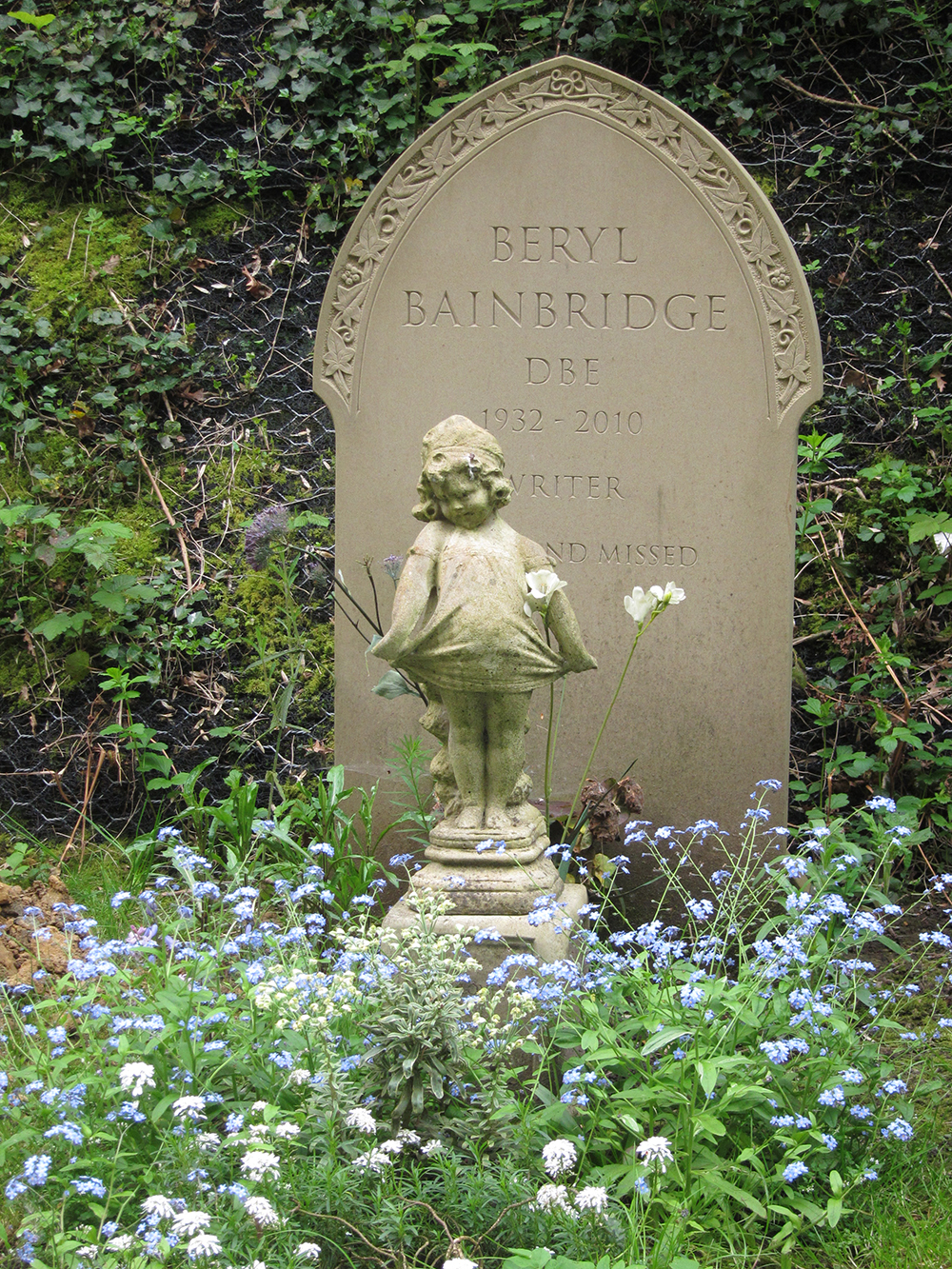